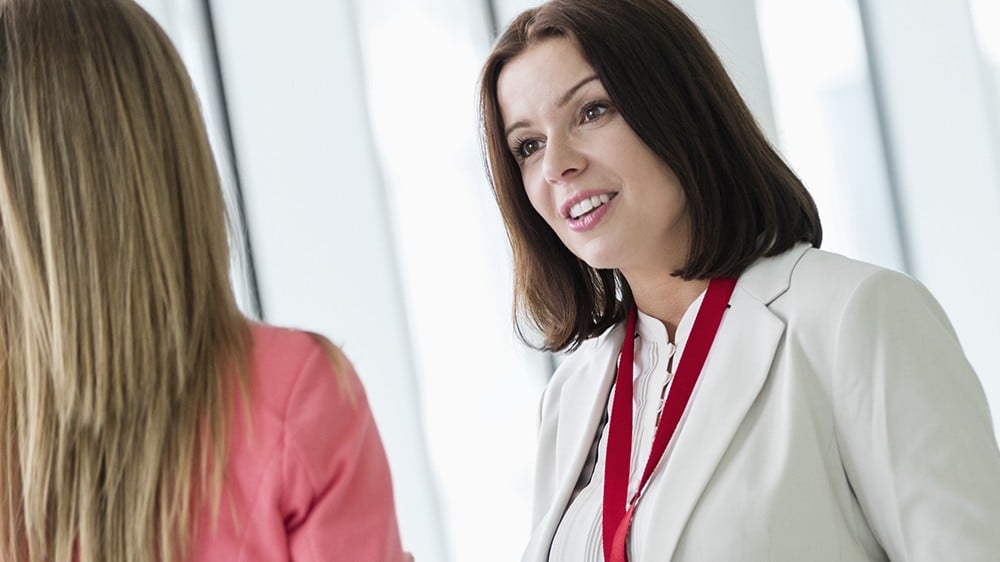 Trade shows are a great place for networking. Part of that networking may entail finding new recruits for your organization. But recruiting at these public or semi-private events requires different tactics than you’d normally use when interviewing actual applicants behind closed doors at your office. In this article, we’ll review the do’s and don’ts when it comes to finding high-performance prospective employees at trade shows.

Because companies invest in sending staff to trade shows, you’ll often find a good percentage of high-performers among attendees. But picking these people out from the mere swag collectors requires a degree of diplomacy. Trade show attendees understand they are representing their companies while on the road, and few if any of them come to a show prepared to get grilled with deeply introspective questions about themselves or their current work environment.

One technique is to focus your questioning on your own company, rather than the recruit’s. “You’ve seen our product/service offerings. What do you think we could do to make our business more competitive?” This type of question puts the recruit in the position of an opinion leader, which can be deeply flattering and will often elicit greater candor than being asked about themselves or their own employers. Furthermore, it gives you an opportunity to see what they already know about you and your competitors. A true high performer should have a good awareness of the overall marketplace for your goods or services. It’s a great opportunity for you to see how his or her values line up with yours, as well as uncover what type of fresh insights the recruit could bring to your team.

Many closed-door interview questions focus on how a candidate has overcome a negative event or interpersonal conflict which may not be appropriate for the trade show floor. Attendees are prone to worry how their responses may reflect on their companies or team members. For example, common interview questions often focus on how recruits handle difficult conversations, how they stand out from peers, times they have been tempted to give up, etc. But in an informal trade show environment, such questions may likely cause recruits to dodge the topic entirely, or at least give a guarded and unhelpful answer.

A better approach is to steer potential recruits toward the positives they’ve seen in others. “Describe a favorite manager you’ve had–what part of their style appealed to you?” This line of questioning can reveal a gold mine of information about the candidate’s level of respect, humility, appreciation, and approach to collaboration.

Similarly, asking about moments of personal achievement can steer the conversation away from negative, comparative, or overly-revealing discussions. “Tell me about a job-related accomplishment you’re most proud of?” is a great way to find out about the individual’s vision and achievements. Depending on the answers you receive, it can also help you determine if recruits are making vital contributions to their current place of employment.

Finding a real go-getter at a trade show won’t do you much good if the potential recruit has no desire to leave his or her company. So, at a certain point late in your dialog, a more direct question may need to be asked. Asking “How did you end up in your current role” or “Where do you see yourself in five years?” will give you a better sense of a candidate’s career trajectory, as well as what motivates them.

In an ideal situation, your star recruit may respond with “Make me an offer!” It’s the perfect set-up for a follow-up private interview after the trade show ends.

What to Expect at the 2023 MAGIC Shows